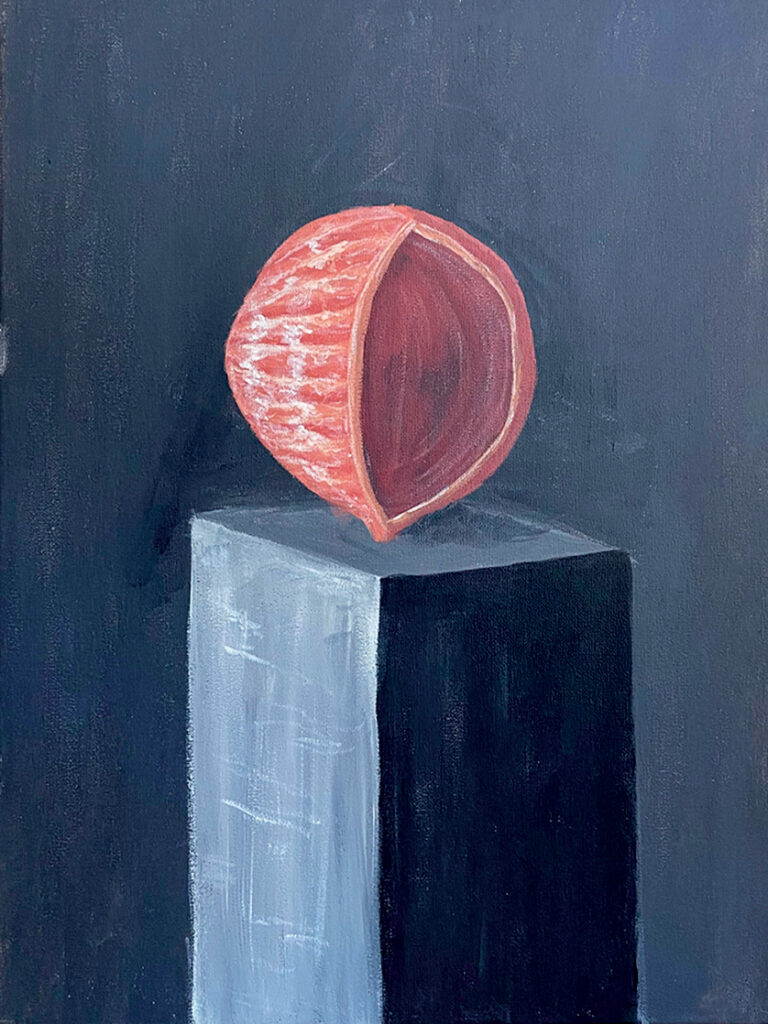 Alexandra Vogel
Portraits on the Inside

Alexandra Vogel, a senior from Swampscott, Mass., is a neuroscience and art dual major. She came to Lafayette College on a pre-med track with the belief that she would end up being a doctor and have art as a side passion. This quickly changed as she continued her studies at Lafayette. Having such a unique combination of majors, she wanted her thesis to use aspects from both subjects to create one united work of art. Alexandra was engrossed in the interplay of science and art, and this inspired her paintings. She has always been intrigued by the aesthetics of the body through a scientific lens. Portraits on the Inside is a series of paintings that combines her interest in the construction of portraiture with parts of the body that are not easily visible–our organs, bones, and arteries. She chose to paint the internals of the body because she wanted to juxtapose the inner organs, bones, etc.,that are rarely seen, with a style of painting that is used to highlight its subject. She chose body parts that had connections to her family and friends, such as a bladder, which her grandfather had removed after battling prostate cancer. Using different levels of lighting and shadowing, she uses techniques common to portraiture to emphasize the unique shapes and details of these pieces. In addition, she wanted to play with the hierarchy of these body parts by introducing into her works boxes for the objects to sit on and add to the narrative, something commonly used in portraits and still lifes.