Faculty, students, administrators, trustees, community partners, and distinguished guests were on hand for the dedication of Kirby Art Study Center in Williams Center for the Arts.

“A wonderful moment has come to fruition with this space,” Byerly said. “Many works from the Kirby Collection of Historical Paintings have been displayed in College buildings over the years, and others that have not been seen regularly now have a better space to be appreciated, studied, and preserved.”

The first Kirby family member to attend Lafayette, Allan P. Kirby 1915, began collecting artwork representing great American leaders in 1943 to be displayed in Kirby Hall of Civil Rights and later in Jessie A. Kirby Dormitory (Kirby House) and Marquis Hall. Today, the Kirby Collection numbers 50 portraits, paintings, and sculptures of exceptional quality and historical importance and is considered among the nation’s important assemblages of 18th– and 19th-century American art. Kirby summed up his intent for the collection in the 1963 catalog of the Kirby Collection, stating, “We could all profit from a closer acquaintance with those who have contributed importantly to the shaping of our national character.”

Kirby’s son Allan ’53 made the lead gift for Kirby Art Study Center through the A.P. Kirby Jr. Foundation to ensure that the Kirby Collection and other artworks would be more accessible to students, faculty, alumni, and the public. An additional gift was made through F.M. Kirby Foundation.

“With over 4,000 works in the College’s collection, we now have a center that makes accessible for the first time the rich artistic resources not already on display across campus, better integrating art with the College’s interdisciplinary approach,” says Michiko Okaya, who as director of Lafayette art galleries and collections for four decades has long advocated for such a space. “For artwork that had previously been stored in difficult-to-access locations on campus, the Kirby Art Study Center provides a modern museum-standard environment for the care, display, and study of our growing art collections.”

The room’s furniture also is a work of art—beautiful tables made from an elm dating back to the 19th century that stood on the Quad by Hogg Hall fill the study space.  “The tables preserve, in a stunning way, part of the horticultural history of the campus,” adds Okaya.

The Marshall R. Metzgar Professor of Art, Robert Mattison, echoed those thoughts. “Art needs to be viewed and studied, so this location is an opportunity to explore the American themes and heroes that create the myths and stories that shape our identity,” he says. “It is also an opportunity to build on this impressive collection.”

Bob Sell ’84, chair of the Board of Trustees, named several collections contributed by alumni to the College, including a substantial gift of photographs donated by Bennett J. ’79 and Margaret Goodman. “This center is a visual reminder of the standard set by the Kirby family,” he said. “It will also serve as a catalyst for creating future generations of leaders.” 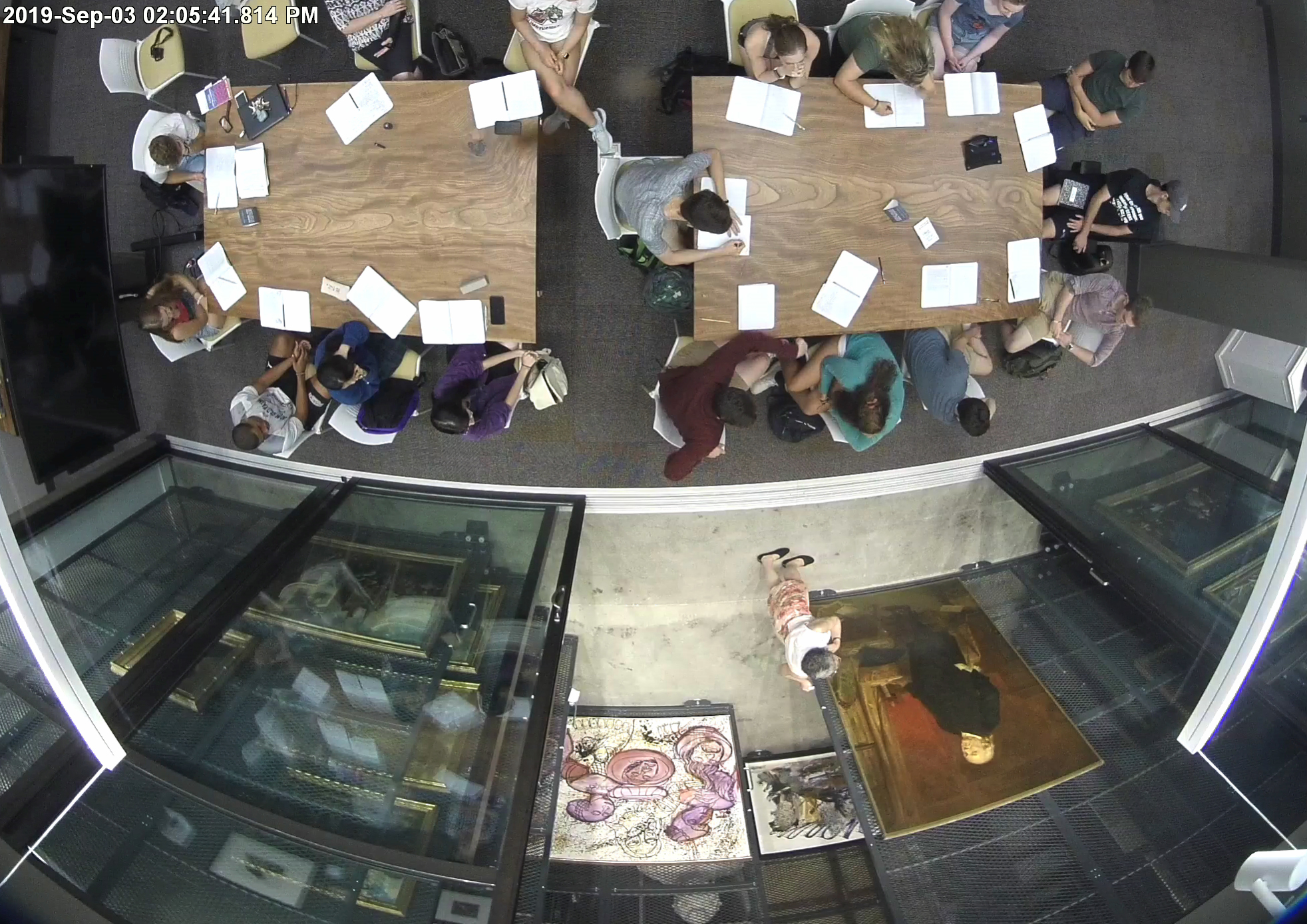 Kirby Art Study Center, which opened last fall, is located off the main lobby to the left of  Williams Center’s main stage.

View images from that night. 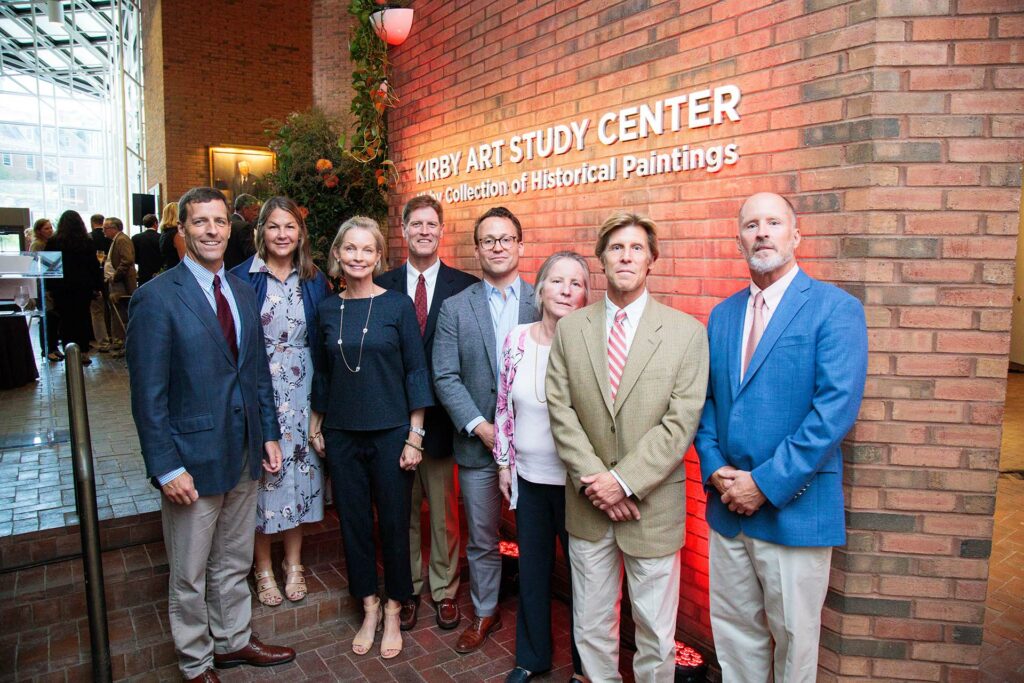