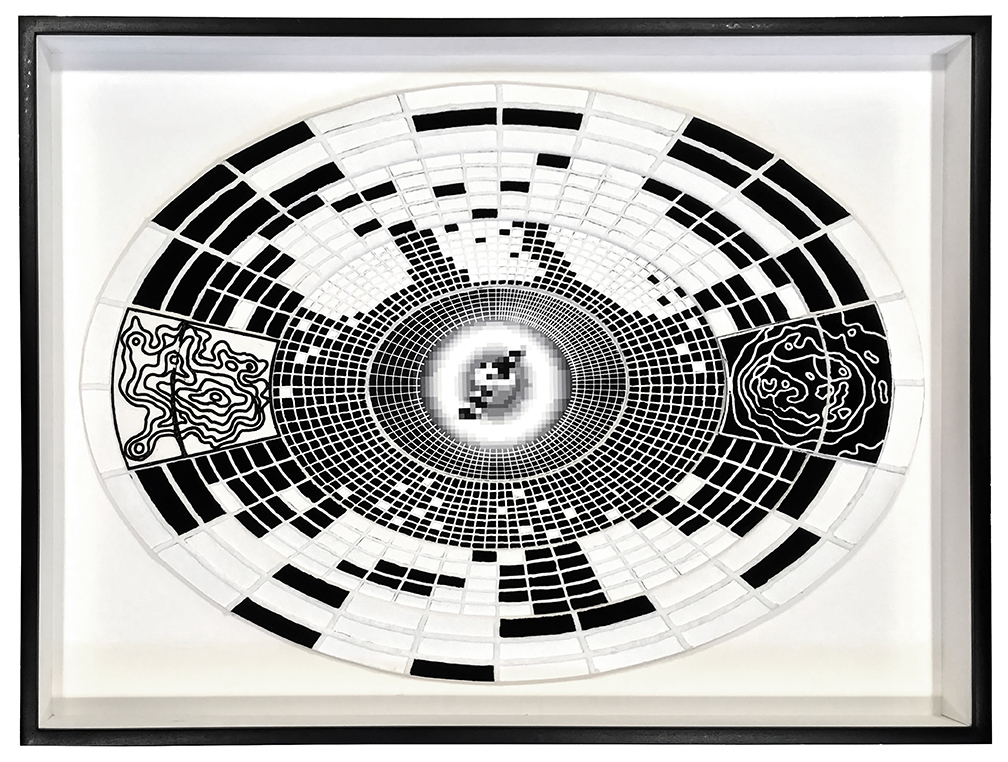 Pedro Barbeito made three-dimensional prints from a single mold that fit multiple plexiglass plates together. Sampex is named for the small explorer (SMEX) mission satellite NASA launched in 1992 to study solar, heliospheric, and magnetospheric energy particles. CGRO is named for the Compton Gamma Ray Observatory launched in 1991.

The whole print extrudes from the wall in three tiers: the central oval is a pigment printout of the satellite; the second tier is a gridded, pixelated image the satellite captured; and the third tier features two insets of vector drawings of the same data generated from paths rather than pixels to make a smooth design.

The prints are portraits of machine logic since the satellites are portrayed inside their product, far smaller than the sea of data they produce. They approximate what it feels like to be a machine. But technology can surprise in a particularly human way: the satellites kept working years longer than their expected lifespan—Sampex until 2004, CGRO until 2000—undermining the snowballing speed of technology and predetermined obsolescence.

Part of Passing Bittersweet, a 2020 exhibition at the Williams Center Gallery. Find more of Pedro Barbeito’s work on his website.