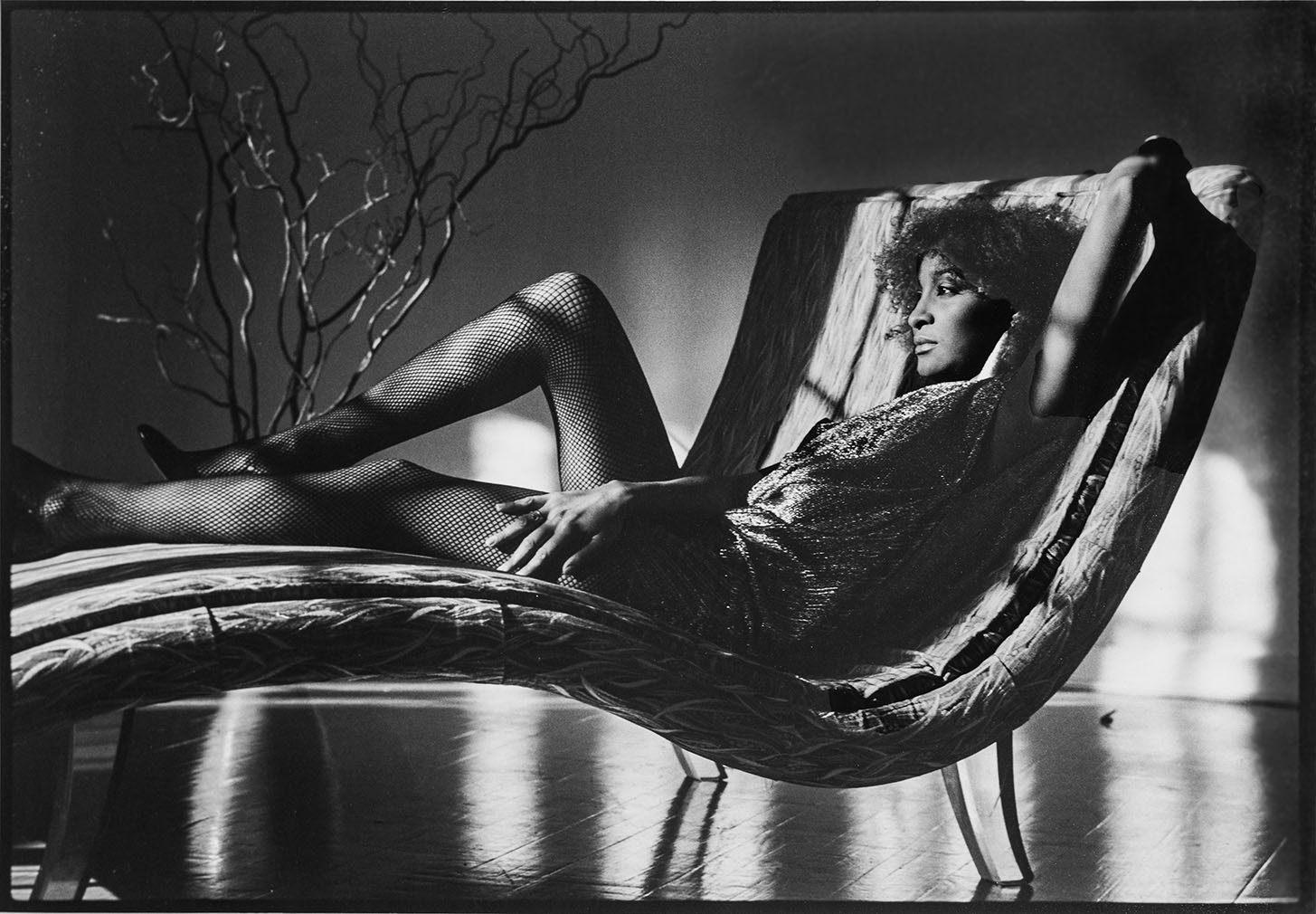 Jacqueline Bisset, disguised as a hounded actress, rifles through fan mail in her Hollywood mansion. Paul Mazursky—maybe holding a fake dog—rests during filming of Scenes from the Class Struggle in Beverly Hills, and Victoria Jackson smolders. Whoopi Goldberg pretends to be a poseur, and sparkling Divine, a.k.a. Harris Glenn Milstead, radiates natural charisma.

These are just some of photographer Luke Wynne’s subjects. His silver gelatin portraits and on-set photos, shot in Hollywood in the ’80s and early ’90s, elicit nostalgia for the “real” Hollywood that flourished before digital technology commandeered photography and filmmaking. Wynne’s prints of celebrities, directors, models, and peripheral talent survived multiple moves, a once-in-a-century Italian rainstorm, and two washings and pressings to remove wrinkles. He has forgotten the Tina Turner look-alike’s name, but that her image has survived reverses the peripheral nature of her act, and makes her the star.

Part of Passing Bittersweet, a 2020 exhibition at the Williams Center Gallery. Find more of Luke Wynne’s work on his website.