"Breach" is the culmination of Alison Saar's creative research on American rivers and their historical relationship to the lives of African Americans. 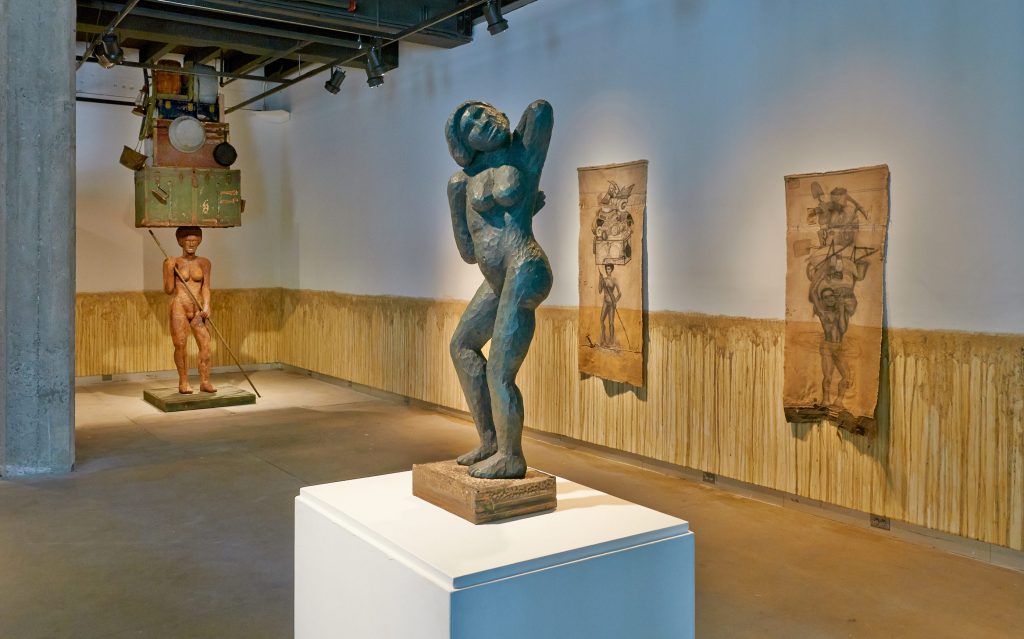 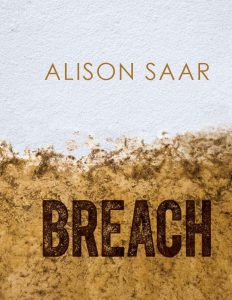 A full schedule of related programs at Lafayette can be found here.

Alison Saar, selected as the 2016-17 Richard A. and Rissa W. Grossman Artist in Residence by the Department of Art, explores issues of gender, race and racism, the African diaspora; she mines mythology, ritual, history, music, artistic heritage of other cultures, and her bi-racial heritage as sources for her work. She was also selected to deliver the  David L., Sr. and Helen J. Temple Lecture.

During a 2013 residency at the Joan Mitchell Center in New Orleans, Saar was dismayed to see how little had been done to rebuild African American communities devastated by Hurricane Katrina eight years earlier. Upon her return to Los Angeles, she began researching the histories of American floods and the effect on African Americans. The Great Mississippi River Flood of 1927 piqued her interest. Though few now know of this extraordinary event, this historic catastrophe had a profound impact on the life of African Americans living in the Mississippi Delta and brought long-term social, cultural, federal policy, and political changes to the U.S.

The 1927 flood has been described as one of the worst natural river disasters in U.S. history. Heavy rains started in fall 1926 and continued into spring, resulting in the Mississippi River breaching manmade levees in April and May. Hundreds of thousands of people were displaced. More than 200,000 African Americans lost their homes, and many fled North. National attempts at relief came on a strictly “whites-first” basis, and blacks suffered disproportionately.

Water imagery is woven through this exhibition. She is interested in exploring floods not only as a natural phenomenon; but looking at the complex interaction of social, cultural, political factors that contribute to flooding and its aftermath. 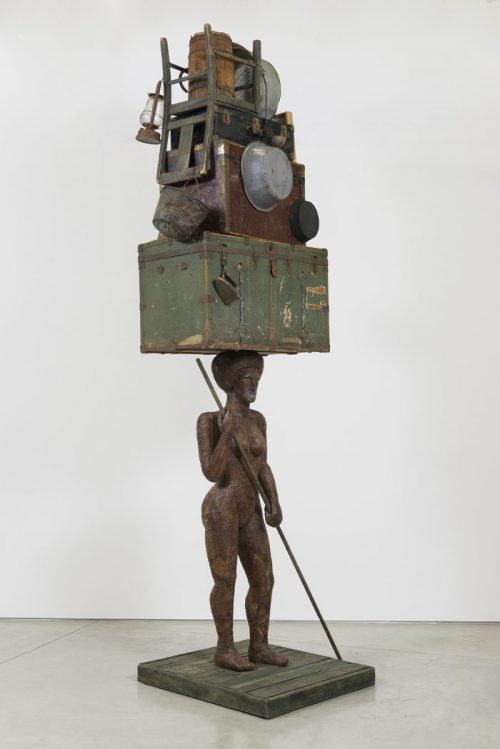 The largest work in the exhibition Breach is a commanding figure of the same name. Breach (seen above) takes center stage. Measuring over 12 feet tall, the life-size female figure steers a raft, while balancing a tower of found objects—trunks, pots, pans, and household items—on her head. Although the objects exceed her body mass, the grace and strength in her stance defy the weight she is forced to bear.

Among several smaller sculptures (above), one also embodies music from that era, Silttown Shimmy is inspired by Ernst Ludwig Kirchner’s sculpture Dancer with Necklace (1910, collection of Los Angeles County Museum of Art, LACMA). The free-standing female figure in wood, rubbed with enamel paint, tar, and silt, contorts and writhes with pain and pleasure. Saar uses the bottom surfaces of steamer trunk drawers for charcoal drawings of standing or submerged figures in water. Acheron (2016), named after the Greek underworld “river of woe,” stands waist-deep in water and holds a basin on her head protecting the contents from the water.

At Lafayette’s Experimental Printmaking Institute, Saar collaborated with poet Evie Shockley, Rutgers University, to create an artist’s book. Mami Wata, the African and African diaspora water spirit was the subject of the poem “mami wata (how to know a goddess when you see one)”  Schockley wrote for the book. EPI Master printer Jase Clarke of EPI was assisted by students.

Saar was in-residence Sept. 8–19, during which she continued to work at EPI, lead workshops with students and members of the community to create sculpted heads of clay and found objects to incorporate into the exhibition. She will returned Oct. 25-27 for additional public programs,

Alison Saar was born and raised in Laurel Canyon, Calif., the daughter of renowned artist Betye Saar and painter/conservator Richard Saar. She received a BA in studio art and art history from Scripps College, Claremont, Calif., and an MFA from Otis Parsons Institute (now Otis College of Art and Design). She has received three fellowships from the National Endowment for the Arts (1984,1985, and 1988), and was awarded the John Simon Guggenheim Memorial Foundation Fellowship in 1989, Flintridge Foundation Award for Visual Artists in 2000, Joan Mitchell Foundation  Award in 1998, and Joan Mitchell Artist in Residence in 2013. Saar was named one of 50 USA fellows in the United States Artists Program in 2012.

Saar revealed Embodied, a new public work, in Los Angeles in 2015. Commissioned by the Los Angeles County Arts Commission, the 12-foot tall sculpture is located in front of the Hall of Justice. Saar’s prints are featured in a solo exhibition at the National Museum of Women in the Arts, Washington D.C., through Oct. 2, 2016.

See reviews in the L.A. Times,  Bermudez Projects  websites of the larger version of this exhibition, titled Silt, Soot, and Smut, at L.A. Louver, Venice, Calif. in June.
New York Times video of a conversation between Alison Saar and Betye Saar. http://nyti.ms/1NC0SGI.
Video by Tom Leeser documenting Alison Saar in the studio

Breach: Left Behind was developed and choreographed  by Jessica Warchall-King through support from a Mellon-funded Choreographers on Campus grant. The semester-long exhibition, Breach, had its genesis in Saar’s 2014 residency at Lafayette’s Experimental Printmaking Institute (EPI). 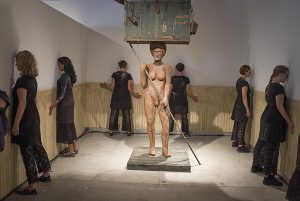