Neely Bruce, Professor of Music and American Studies, Wesleyan University, will give a lecture-demonstration on the remarkable life of Anthony Philip Heinrich, the first American symphonic composer. 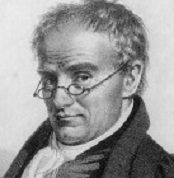 Heinrich met and traveled with John James Audubon and shared Audubon’s interest in ornithology. He was called, in the contemporary press, “The Beethoven of America.” He preferred to be called “the log-house composer from Kentucky.”

Heinrich wrote works about the American landscape, and in 1857 wrote The Columbiad, or Migration of American Wild Passenger Pigeons, which premiered in Prague to great acclaim. The American premiere was not until October 11, 2014 when it was performed by the Yale Symphony Orchestra.

Here’s a link to an interview with Bruce about Heinrich,