Bhalla addresses the effects of industrialization and overpopulation on the Yamuna River, one of Northern India's most prominent waterways, in his native New Dehli. 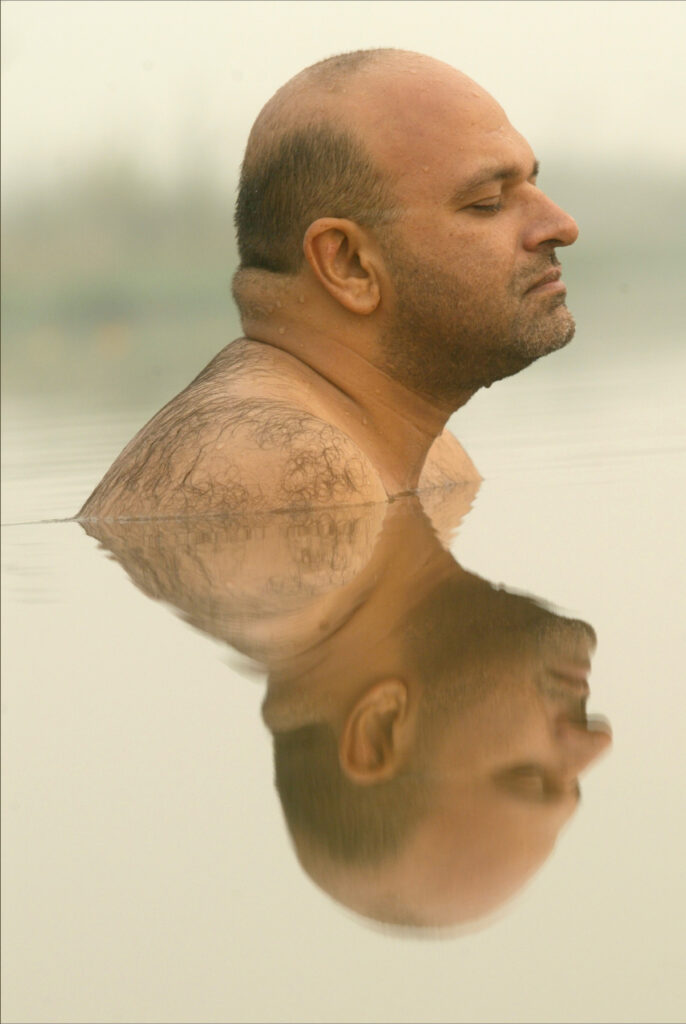 Delhi-based Atul Bhalla is known for his sustained preoccupation with the eco-politics of water, which forms the basis for his diverse practice. Questioning the distribution, regulation, commodification and pollution of water, Bhalla has over the years explored its physical, historical, spiritual and political significance in relation to the population of New Delhi, his home city. Some describe Bhalla as an environmental activist, however his work may be considered not overtly political, instead socially concerned, engaging a poetic style of presentation. Bhalla describes his practice as an attempt to understand water, the way he perceives it, feels it, drinks it, swims in it and sinks in it. His personal negotiation of water provides a stage from which to address larger political issues concerning bodies of water and the urban environment.

His photographs, performances, and sculpture have been described as having the characteristics of baptism and suicide, birth and death, and purification and contamination. India’s rivers have long had religious significance in purifying and healing those that bathe in them. However, with overcrowding and immense poverty they have also become incredibly polluted and sites of disease. Bhalla explores the role of nature in the contemporary South Asian society and  the forces at work in shaping both the environment and the future of its people.

The exhibition will include the sculpture installation “Immersions” (2005) and photographs, video, and watercolors from 2003-10. Guest curator Donna Gustafson, Zimmerli Art Museum, Rutgers University.

The exhibition and artist’s residency are supported in part by the Environmental Studies Initiative funded by the Andrew W. Mellon Foundation; Asian Studies; the Art Department’s Williams Visual Arts Building Artist in Residence Program; the Art of Urban Environments Festival.

The works are generously loaned courtesy of the Artist and sepia EYE, New York.

Additional information about the artist can be found at sepia EYE