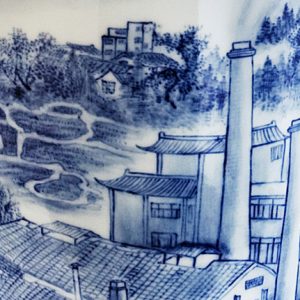 Barbara Diduk, ceramic artist and Charles A. Dana Professor of Art at Dickinson College, collaborated with Zhao Yu from the Jingdezhen Ceramic Institute on The Vase Project. The conceptual installation comprises 101 porcelain vases painted by qing hua (blue and white) artisan and artist painters in Jingdezhen, China, where ceramics have been produced for more than 1800 years. The installation considers a transitory moment in pre- and post-industrial production practice where thousands of objects produced in factories throughout Jingdezhen are still created and painted by hand. The region’s porcelain industry has undergone rapid changes in the 20th century as it went from state control to a global market economy.

Diduk and Zhao Yu selected vase painters randomly from small workshops, ceramic markets, and production sites. In Jingdezhen. The first painter inaugurating the project was asked to paint a contemporary landscape on a vase based on the surrounding environs of Jingdezhen, and a thumb nail sketch he was given that incorporated the iconic kiln stacks emblematic of the city skyline. Instructions were to interpret (not copy) the reference. Each painter used his or her cobalt pigments and their neighborhood kilns for firing the work, thus preserving the integrity of the production process and the color and firing differentiation typical of the hands-on work produced in Jingdezhen. The result is a “chain letter” of sorts, a contemporary archeology “in the making,” and an archive about the ceramic painting and manufacturing practices in the city. Part visual narrative, part sociological study, and part archival document, it is a tribute to the largely unacknowledged artists and artisans in the city. he intent was to “redefine” traditional portrayals of landscape images and ask painters to paint Jingdezhen’s landscape, as it appears not as an idealized image. The landscape scenes depicted on the vessels morph into infinite permutations of this time-honored motif while also, in some cases, represent the artist’s liberties with traditional imagery, incorporating abstraction and emphasizing various features or interjecting contemporary subjects. The vase sequences capture a sliver of the daunting ceramic culture in Jingdezhen. 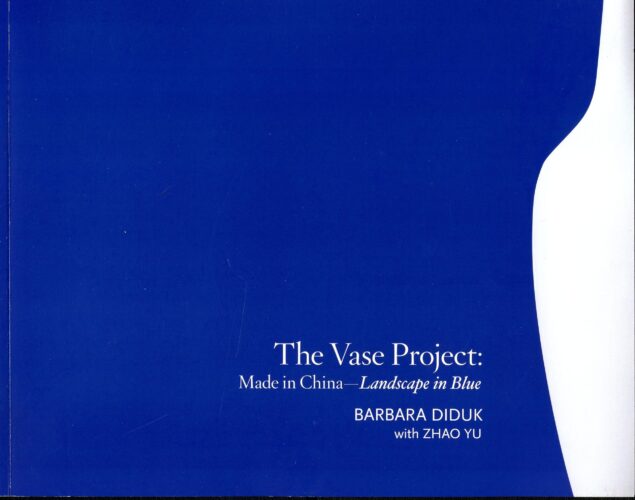 The exhibition and catalogue are funded in part by the Lafayette College Art Galleries, Dickinson College, the Pennsylvania Council on the Arts, and the Henry Luce Foundation.